1
How Bad Could it Get For Our Economy?
2
How You Can Be a Part of Solving America’s Debt Crisis
3
The Benefits of Buying Long-Term Care Insurance Now
Oct 06 2011
Browse archives for October 06, 2011

Bert Whitehead All posts from Bert Whitehead
Spread the love
Headlines scream doomsday to us: “The Dow is down 14%!” “Who can fix Europe?” “Even gold is crashing!” “Could the Dollar become worthless?”

I have been hearing concern from clients lately, especially since it looks like we are headed for a ‘double dip’ recession. Other than Treasury bonds, all other investment options --- from stocks to junk bonds to real estate --- look awful, except to those few among us who can stand the risk of buying into a downward spiraling market. And with the 30-year Treasury yielding less than 3%, forget about finding a safe haven. So what is… END_OF_DOCUMENT_TOKEN_TO_BE_REPLACED
Oct 06 2011
Browse archives for October 06, 2011

I have been an asset, financial, life and wealth manager for 36 years. During that time the profession has been in a state of rapid evolution. What my core clients expect of me today is very different from what they expected 36 years ago When I started, clients were just beginning to invest and had little. Now many are near and or are retired, and have accumulated a great deal.
I believe I have given my clients peace of mind and comfort that occurs when they have had a trusted relationship with someone for many years. What keeps my clients coming back to us is not product, but the confidence that someone is looking out for their best interest, listening to what they are saying and serving as a partner in helping them get where they want to be. Who else has asked the questions about who they are, where do they want to go, and what drives them? I have been my clients' sounding board, confidant, coach, guru and in the end the stronger the relationship we have had, the greater were their successes. We do not always have the "Be your client's best friend" type of relationship but, in the end, I want to be their "go to" guy when they need questions answered or need help.

All posts from Ted Feight, CFP®
Spread the love

Since April 2011 Americans witnessed a political theater over the U.S. debt ceiling. The Standard and Poor’s review of that performance resulted in a downgrade of the federal government’s credit rating.

While Congress raised the debt ceiling for now, the U.S. debt remains a problem and the short-term solution offered by the deal in Congress does little to give us a long-lasting solution.

The creation of a “super” deficit committee by Congress merely kicked the can down the road. Congress, and its long years of indecision regarding what to do about deficits and the national debt, is the problem! 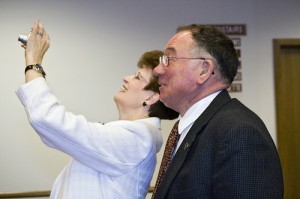 Long-term care can be extremely expensive – costing up to $70,000 per year, according to the U.S. Department of Health and Human Services.

It’s also not covered by Medicare or most health insurance policies.

For this reason, as Suzanna de Baca points out, a long-term care insurance policy may be worth investing in if you want to keep on living in your home into your 80s or 90s.

Getting it while you’re young and relatively healthy can buy you affordable coverage – and a lot of peace of mind to boot.