It should be noted that regular contributions to a traditional or Roth IRA can still be recharacterized – it’s only a traditional IRA-to-Roth IRA conversion that is disallowed.

If you recall, the primary reason that you would want to recharacterize is if you converted funds and then, by the time you pay the tax, the holdings that you converted have dropped in value. So, instead of paying tax on something that is much less in value than previously, for a Roth IRA conversion you can recharacterize the conversion up to October 15 of the following year (see Help Mr. Wizard – I didn’t wanna do a Roth Conversion for more details on recharacterization).

While you can no longer just recharacterize and “reset” things when you face a situation like that with a Roth conversion, there are ways to reduce the risk associated with your Deemed Roth Account Conversion (since you are not eligible to recharacterize the conversion).

For one thing, you could use dollar-cost averaging to spread the risk of market fluctuations over several points in time through the year. Simply split your intended conversion amount into four amounts (or 12 amounts, if you want to do it monthly), and convert one of those amounts each quarter, for example. This way if the market drops through the year, you’re converting funds at the lower values.

Another option would be to spread the date-specific risk over several years, by converting smaller amounts each year. This would also reduce the risk of adverse market results, and spread out the tax over several years (if possible).

Timing the conversion for late in the tax year will give you the opportunity to fully (to a degree) understand the tax impact of the conversion. With little time remaining in the tax year, presumably there will be little in the way of fluctuation. This is the opposite of the recommendations that used to apply, which was to do your conversion early in the year to potentially take advantage of a recharacterization event, or (more hopefully) realize significant gains on a your converted sum.

Yet another choice could be to convert only those assets that have very low volatility, such as bonds. The probability of a major drop in value is much lower for these assets, so your need for a recharacterization would be far less likely. Sell your bond holdings in the IRA, convert the funds over to Roth, and then re-purchase the bond holding again in the Roth IRA.

There are many other, more complicated ways to reduce your risk against such a situation, but these are a few that are easily implemented. Hopefully this will help you in your process of converting retirement plan assets to Roth.

The post 3 Ways of Dealing Without Recharacterization appeared first on Getting Your Financial Ducks In A Row. 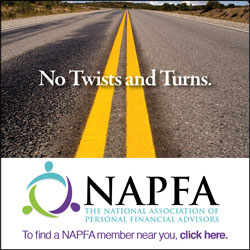