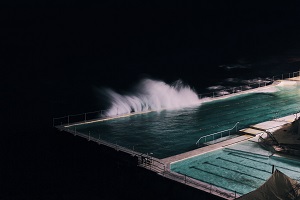 The following is a story that was related to me by another financial planner. The message is quite remarkable – and important for all of us to understand.

A dentist, age 53, had sold his practice and partially retired. When we reviewed his portfolio, which amounted to approximately two million dollars, it became apparent that he had strong feelings regarding protection of capital. The entire two million dollars was invested in a combination of CD’s, money market funds, and short-term US government bonds.

A portfolio with this kind of makeup is considered risk averse, meaning that there is little if any risk to the capital invested in the portfolio. In other words, there was virtually no chance at all that he would ever lose money with these investments.

When asked why he chose to invest solely in these no-risk (and low-return) investments, the dentist replied that he was concerned about terrorism, specifically nuclear terrorism, that could irrevocably impact our financial markets for an extended period of time.

Due to this fear, he did not want his money exposed to the stock market, but rather wanted it solely invested in “low-risk” vehicles. This portfolio was producing an annual income of approximately $70,000, which was adequate for the dentist to live on.

What the dentist did not account for with his investment strategy was the impact of inflation. Two questions were necessary to begin to assess the situation completely:

Regarding the first question, the dentist indicated that he thought there was at least a 1 in 5 chance that such an event would occur. This translates to a 20% certainty (in his mind) that he was guarding against.

On the second question, however, the dentist felt that the level of inflation from the past 30 years or so would likely continue for the next 30 years or so (his life expectancy), with a degree of certainty of 90%.

If you take those two factors alone, it becomes quickly apparent that the dentist’s “safe” investment portfolio was actually exposed to a high level of risk – inflation risk, specifically. As each year passes, his risk-averse portfolio would erode by approximately 3% (the rate of inflation), which would soon begin to dramatically impact his income.  Since he requires an income of $70,000 today, this income will gradually increase (by the rate of inflation) to take more and more of his investment capital over time.

Below is a projection of the value of his portfolio, as he continued with his current value withdrawals over the next 5, 10, 20, and 30 years, as well as the proposed allocation which targets inflation plus 2%:

As you can see, even when you think you’ve covered the bases by investing in only the safest investments, you still have risk to deal with.

Inflation risk is the most difficult to deal with, because it is a “silent” risk. That is, you don’t write a check for the cost of inflation, but rather, it creeps up in the rising cost of living all around you.

By keeping a portion of your portfolio invested in an inflation-hedged vehicle, such as stocks, real estate, inflation-protected issues, and other items, you can begin to protect yourself against the ravages of inflation risk.

In the case of our dentist friend, his “safe” portfolio was only protecting him against a risk that he, admittedly, indicated at a 20% certainty. At the same time, he had no protection in his portfolio against the risk that he indicated was 90% certain.

Repositioning even a minority portion of his account resulted in a dramatic improvement in the outlook. The proposed allocation targeted inflation plus 2% (over the long run), which ensures that no matter what happens with inflation, the portfolio will keep up and grow above that amount.

Let’s take a look at the same set of facts, only now the inflation rate has increased to 3.5% – a modest increase over the 3% that we assumed in the first case:

In this case, the “safe” portfolio actually runs out of money in the 29th year.

The lesson? There is no such thing as a totally safe portfolio. But you can take certain steps that will help to positively impact the degree of all kinds of risk – in terms of reducing the risk, but risk can never be totally eliminated. A properly balanced portfolio will likely have at least one component or another that is being adversely impacted at any one time, while the remainder of the portfolio is experiencing positive impact.

The post A Message about Risk in Investing appeared first on Getting Your Financial Ducks In A Row.