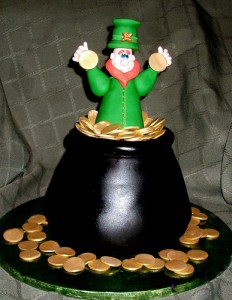 There is a warm place in the Bostonian heart for locals who have become famous (or notorious, at least). One such was Charles Ponzi, the colorful fraud who emigrated to Boston in 1903 with a couple of dollars in his pocket and managed to become a millionaire by 1920 (before he got caught). Although he did not invent the “Ponzi Scheme,” he carried it off with such flair that when it recurs – as it does fairly often – it is invariably referred to by his name. The Associated Press reported recently that the SEC has frozen the assets of Safevest LLC and its proprietor, Jon G. Ervin of Mission Viejo, who apparently was seeking to follow in Mr. Ponzi’s footsteps.

It seems that Mr. Ervin was promising investors a “guaranteed” return of 1% a day (this is even better than Ponzi, who only promised 50% in 45 days) from commodity trades executed by his company.  Like Ponzi, who targeted immigrants, Ervin also focused on an affinity group – in this case, churchgoers who were recruited by friends and pastors.  The SEC alleges that in reality, Ervin invested none of the money in commodities, though he did buy a golf course in Georgia.  In classic Ponzi fashion, investors who asked for their profts were paid with funds from new investors, since there were no actual investment profits being generated.

For a time, Ervin took in enough new money to live a lavish lifestyle and make payouts to investors who wanted their returns in real money.  Doubtless, many preferred to let their investments ride and thus multiply the gains they thought they were receiving.  Although $18 million was paid out to those who demanded cash, apparently the operation took in over $25 million, which leaves Mr. Ervin and his associates, in the words of Ricky Ricardo, with some ‘splainin’ to do.

Seriously – despite all of the protections afforded investors by state and federal regulators, schemes like this one continue to work only because there is something in human nature that makes people want to believe that they can get something for nothing.  An investor should always see a big red flag when anyone promises a “guaranteed” return.  If an investment seems too good to be true, it surely is.