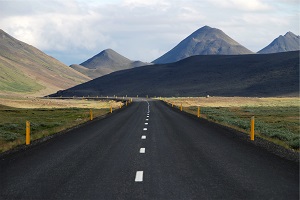 Social Security has a way of making decisions very difficult. In the simplest of circumstances, the choices can be tough. But what if you’re in a tough spot, such as if you’re divorced and now involved with someone else, considering remarriage? Social Security benefits in matters of divorce can become very complicated.

Social Security benefits can be taken as early as age 62. You can also delay taking benefits to any age after you’ve reached age 62. Delaying to your full retirement age will result in a larger benefit, but of course you will have to go without benefits for a few years in order to receive that larger benefit. Delaying further to age 70 will result in a maximized benefit for you, but again, you have to figure out how to get by without the monthly benefits for a few years while waiting for the maximum benefit to accrue.

Another choice is to delay all benefits to your full retirement age, and then take the Spousal Benefit alone. By doing this, you could delay your own benefit up to age 70 and maximize it.

Complicating matters further, what if you’re divorced and are now considering a remarriage? This brings up a set of scenarios that you never wanted to have to face: You have this new person in your life, but it might be financially advantageous for you to remain unmarried. This is due to the fact that if you remarry, any available Spousal Benefit based on your ex-spouse’s record is no longer available to you.

On the other hand, you want to provide for your new love. If you’re not married, you could not provide future Spousal Benefits and/or Survivor Benefits to your non-spouse.

This set of circumstances was recently related to me: Carol, age 62, was in a relationship with Ted and they were considering marriage. She had divorced Bob several years ago after a twenty-plus-year marriage. Bob, ten years her senior, has a Social Security record that would provide a significant Spousal Benefit for Carol. The Spousal Benefit is to be approximately $12,000 per year if Carol takes it separately at her age 66 (Full Retirement Age) via a restricted application. This had been Carol’s plan all along, because her own benefit at her age 70 would be significantly larger, roughly $31,680 per year.

If Carol and Ted marry, Carol would not be eligible for the Spousal Benefit from Bob’s record. On the other hand, if Carol is not married to Ted when she passes away, Ted would not receive a Survivor Benefit based on Carol’s record.

The question becomes: Should Carol and Ted marry now, or delay marrying until a later date? And if they delay, how can Carol make sure that Ted will have adequate resources if Carol should pass away before they marry?

What this does is to provide Ted with a future income resource (via the insurance policy) in the event that Carol were to pass away before they marry.  One year after they marry, Ted would be eligible for a Spousal Benefit based on Carol’s record, and after her death (if Carol predeceases) Ted would be eligible for a Survivor Benefit, so the life insurance policy is no longer needed.

In addition, if Bob passes away before Carol reaches age 70, she would be eligible for the Survivor Benefit based on his record even if she does remarry (since she’s over age 60), so Carol and Ted could get married at any time after Bob dies.

This is one way to arrange things, but I don’t claim to have all the answers. Perhaps you have other ideas to suggest – if so, please leave them in the comment section below and we’ll discuss. Thanks!

The post Coordinating Social Security Benefits in Matters of Divorce and Remarriage appeared first on Getting Your Financial Ducks In A Row.