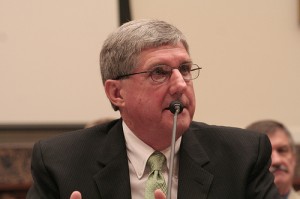 The Certified Financial Planner Board of Standards periodically modifies the standards that it sets for the individuals that it certifies. In May 2007, the Board announced the adoption of new Standards of Professional Conduct. The standards took effect July 1, 2008 and began to be enforced as of January 1, 2009.

Among several changes made is a new requirement that CFP® certificants giving financial advice must always provide certain disclosures to clients and prospective clients.  Certificants will be required to disclose:

The adviser must also define clearly which costs include compensation arrangements, financial or investment product fees, or other costs related to transactions or advice provided by the certificant.  Though many financial advisers have been doing these things for years, the new standards have the effect of making these practices the norm for CFP® certificants.  Although not all financial advisers are certificants, the standards raise the bar for the financial planning industry as a whole.  Over 58,000 individuals in the US are authorized to use the CFP® marks.

As a candidate for CFP® certification, I’m very pleased by this development.

New NAPFA Members must be Certificants Starting 2010
The National Association of Personal Financial Advisors (NAPFA) has announced that starting in 2010, new NAPFA members will need to hold CFP® certification. NAPFA, which places particular emphasis on fee-only comprehensive financial planning, has apparently decided that the CFP® designation is the most meaningful certification among a myriad of possible designations.

As a member of NAPFA, I have mixed feelings about this decision.  I’m glad to see the standards being raised, although over 85% of the present members of NAPFA already hold CFP® certification now, and others are in the midst of pursuing certification.  But the change could confuse some consumers who may erroneously think that all NAPFA members are necessarily CFP® certificants (existing NAPFA members will be “grandfathered”).  I also wonder if there aren’t some other designations that should have been included as alternatives – the Chartered Financial Analyst designation comes to mind.  My guess is that the NAPFA board decided that its commitment to comprehensive financial planning has the closest affinity with the certification process required by the Certified Financial Planner Board of Standards.

Financial Planning Organizations Enter The Regulatory Debate
NAPFA, the CFP Board, and the Financial Planning Association (FPA) have announced that they will work jointly to provide input to Congress as it considers regulatory reform of the financial industry (I’m also a member of the FPA).

Obviously, financial planners have vested interests to protect in the regulatory debate, but our interests include the preservation of high ethical and training standards for all professionals who give financial advice to consumers.  In my (admittedly biased) judgment, these three organizations have steadily moved to set higher and higher standards for the financial planning profession, so I’m happy to see them working together.

I’ll undoubtedly be returning to this topic from time to time as the regulatory debate unfolds.

(Certified Financial Planner Board of Standards Inc. owns the certification marks CFP®, CERTIFIED FINANCIAL PLANNER™ and federally registered CFP (with flame design) in the U.S., which it awards to individuals who successfully complete CFP Board’s initial and ongoing certification requirements.)

Image by: House committe on Education and Labor