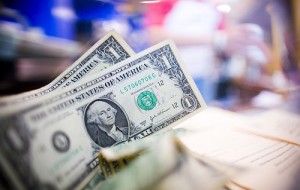 If you have a longer-term CD that is now coming to maturity, you’ve probably been disappointed to discover how much interest rates have dropped since you last locked in your CD rate. What are the best options for those with short-to-medium-term cash to invest these days?

My first observation is a warning: you should scrutinize closely any investment that is not a straightforward money market fund or CD.  Why?  Because there are quite a few short-term cash “alternatives” being touted right now; among these are a variety of ultrashort bond funds, bank loan funds, and exchange-traded notes.

With interest rates so low right now, people are dying to eke out a higher yield, and financial institutions are happy to oblige.  As a financial planner, I receive solicitations weekly from distributors for such investments.  I believe I’ve seen some recently that offered as much as 6%, which sounds fantastic if you compare it to the paltry 0.73% that my credit union is paying these days.

The reason that these investments are paying such attractive rates is – surprise – that they are much riskier than CDs, treasuries, or other more familiar short-term cash investments.  These are investments whose principal is not guaranteed; that is, you could lose money instead of making it.  Even fairly sophisticated investors sometimes make the mistake of thinking that an investment is “guaranteed” when it isn’t – just ask the corporations and wealthy individuals who put their money into auction-rate securities without realizing that they were not really cash havens.

With some of these alternative cash investments, you’re making unsecured loans to financial institutions, which if you’ve noticed haven’t been doing so well these days.  Exchange-traded notes (which I need to write about at more length one of these days) may offer attractive rates, but they’re typically backed only by the finances of the issuer.  A few years ago I bought an exchange-traded note issued by a large securities firm.  At the time, although I knew that it was backed only by the firm’s assets, I remember thinking, “what are that chances that a major Wall Street firm could default on its debts?” Hah.  Fast-forward to this summer, when the same firm is sometimes referred to as “the next Bear Stearns….”

This is a good example of my first rule of investing:  never invest in something unless you really understand what it is.  If you want to take a risk and can afford a loss, these types of investments could be reasonable places to put some of your cash.  But if, like most people, you have short-term cash that you can’t afford to lose, your best bets are CDs, savings accounts, or money market funds.  At the moment, the most you can hope for is something pretty south of 4% if you want a fairly safe short-term investment.  Sorry.

CD’s, if you’re considering them, should be invested with FDIC-insured banks; you can confirm a bank’s status using the FDIC Bank Find feature online.  You may wish to “ladder” your CDs across different maturities, but I wouldn’t go beyond 6-8 months right now.

Savings accounts offering competitive rates can be found online.  PC World recently discussed a new site called MoneyAisle that allows banks to bid competitively for your deposits, Ebay-fashion.  Bids can be solicited for savings accounts or CDs, according to your wishes.  Again, you should deal only with FDIC-insured institutions and make sure that you keep within the insurance limits available.  The FDIC provides a handy online calculator to help you determine whether your deposits will be fully insured if you have multiple accounts in the same bank.

Money market mutual funds are a third option.  Seven-day money market yields are hovering around 2.2% these days; look for a fund with a low expense ratio.  These days it’s tough to justify paying an expense ratio higher than about 0.25%, in my opinion.  If you’re in a high tax bracket, you should consider municipal money market funds.

With the financial markets and the economy in the doldrums, short-term rates are unlikely to go up anytime soon (probably not before the presidential elections) so don’t lock your cash into anything for much longer than that.  In the near-term, they could even go down a bit.  But if your cash isn’t tied up in something you can’t easily move out of (like a one-year CD) when rates do eventually start to climb, you’ll be ready to trade up.