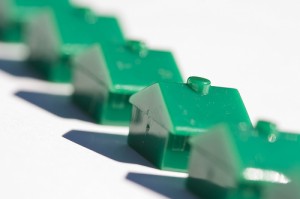 The Federal Reserve Bank of Boston recently issued an interesting analysis of the nature of the subprime mortgage crisis in Massachusetts. Using data on mortgages, home equity loans, and deeds recorded between January 1987 and March 2008, the researchers were able to examine in detail the nature of the loans that ended in foreclosure. Some of their conclusions are surprising, while most fall in line with what one might have guessed.

The report. “What (We Think) We Know about the Subprime Crisis and What We Don’t,” is fifty-seven pages long, but its key findings are straightforward and interesting:

Many observers have claimed that unrealistically low ARM “teaser” rates, subsequently adjusted to much higher rates, played a significant role in the subprime crisis.  The report, however, found that most subprime ARM interest rates were were not abnormally low; rather, they were significantly higher than contemporary prime mortgage rates.  The researchers concluded that the main problem was not a huge jump in interest rates on adjustment; instead the problem was the simple fact that many subprime borrowers had overextended themselves.  This seems slightly at odds with a recent announcement from Fitch Ratings.  Fitch is projecting that the average payment increases on ARMs that will be resetting in 2009/2010 could be as much as 63%, or an extra $1,053 a month over the current payment for current holders of ARMs.  Fitch expects that many ARM loans made in 2005 and 2006 will have “early-reset” clauses in their terms triggered and that new defaults will spike.  It may be that the MA data don’t correspond well to loans made in the rest of the country.  It may also be that the dodgiest loans have yet to show up in the default data.

Most foreclosed homeowners made very small down payments and lived in their property for short periods of time
40% of the borrowers in Massachusetts foreclosures made no down payment at all.  Half made less than a 5% down payment, and almost half lived in their homes for less than three years.  This last observation suggests that many of the foreclosed properties were purchased just as housing prices were peaking.

Multifamily dwellings constituted about 10% of the purchase is made over the period studied, but were almost 30% of the foreclosures.  Many of these properties were probably purchased as investments.  The owners may have had less incentive to hang onto them once their equity went negative.

70% of the foreclosures that took place in 2006 and 2007 were for properties that were purchased initially with a prime mortgage; the properties were subsequently refinanced, often with subprime loans.

Almost half of the state’s foreclosures were from subprime mortgages

The homes that were foreclosed experienced higher-than-normal refinancing activity, consistent with the other observation that many foreclosees traded out of prime mortgages and into subprime loans.

The picture that the report paints is one in which a number of prime borrowers were unable to resist the temptation to cash out their equity in the rising housing market.  Surprisingly, quite a few people with good credit overextended themselves, presumably because they believed the housing market’s rise would continue indefinitely, or that they would be smart enough to see the end coming.

The report reinforces some assumptions that home mortgage lenders used to consider axiomatic and important:  that borrowers who make bigger down payments are better credit risks, that high debt-to-income levels are bad news, and that long-term borrowers who intend to live in their properties are less likely to default than investors who are hoping to turn a quick buck.  At some point in the last housing bubble, many lenders forgot these things and just wanted to lend as much money as possible.  Presumably they will remember them again, at least for a while.