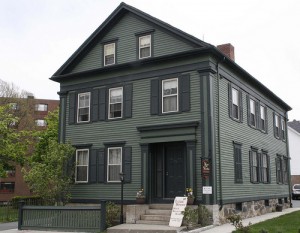 The Senate bill passed today provides aid for homeowners on the brink of foreclosure, relief for beleaguered mortgage finance firms Fannie Mae and Freddie Mac, and something else: tax breaks for first-time homebuyers and a deduction for homeowners who normally aren’t able to itemize their deductions.

For 2008 only, the bill provides that homeowners who don’t itemize will receive an extra deduction for a maximum of $500 or $1,000 for single or married filers, respectively.  The deduction will be based on property taxes paid.  An estimated one-half of homeowners don’t itemize – presumably because their mortgages are paid off (often the case for seniors) or they are low- or middle-income homeowners whose interest payments are too small to take them beyond the standard deduction.  This break will probably be of little help to new or recent homeowners in New England, where high housing prices have likely already bumped them into the ranks of itemizers.

The bill also gives a tax break to first-time homebuyers, defined as people who have not owned a principal residence in the US during the last three years.  This break is available only for those who buy a home after April 8, 2008 and before July 1, 2009.  These individuals receive a tax credit of 10% of the home’s purchase price, up to a maximum credit of $7,500.  Tax credits, unlike deductions, reduce one’s tax bill on a dollar-for-dollar basis.  The credit is phased out at income levels between $75,000 and $95,000 for singles and $150,000 – $170,000 for married couples.

In effect, this second provision is an interest-free loan for first-time homebuyers.  While this is a nice break for people who were about to buy a home anyway, I doubt that it will make a significant difference for those who are a long way away from being able to buy their first home.  This break will probably just provide a bit of economic stimulus through an infusion of cash to homebuyers.  That will come in handy for all the things that new homebuyers tend to purchase in the months after buying their home.

One can only hope that this break won’t be exploited; there are predatory lenders who could offer cash up-front to homebuyers expecting a tax credit.  The attraction of this provision is its interest-free aspect; if unsophisticated buyers are deceived into using this as a way to borrow money at excessive interest rates, that would be a great tragedy.

P.S.  The predatory lending association site is not real; it’s a satire….