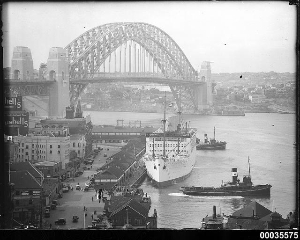 By now you should be somewhat familiar with the File & Suspend strategy, where an individual files for Social Security benefits and then immediately suspends them. This strategy is often used so that the individual can enable other dependents’ benefits (such as spousal or children) based upon his or her record, while delaying receipt of his or her own benefits in order to accrue delay credits on his benefit.

What you may not realize is that you don’t have to file & suspend at the same time. These actions can be decoupled – in other words, you could file for benefits at any time that you’re eligible, and then later (as long as you’re at least at Full Retirement Age) you could suspend your benefits.

For example, John filed for his Social Security benefit at a reduced rate when he is age 64. His wife Betsy is age 62, and she files for her own benefit and the Spousal Benefit based upon John’s record at the same time.

A few years later, John returns to work on a part-time basis as a consultant for his former employer. John has now reached Full Retirement Age (66 for him), and this part-time income is plenty to cover the couple’s income needs. John would like to enhance his future Social Security benefit as well as the potential Survivor Benefit that Betsy would receive if John dies before her.

John can suspend his benefit, since he’s at least Full Retirement Age. Betsy will be eligible to continue receiving the Spousal Benefit based on John’s record, since John has filed for benefits. He has only suspended his benefits, he didn’t withdraw from benefits (that’s another item altogether). John’s benefit will accrue Delayed Retirement Credits (DRCs) for every month after he suspends up to his age 70.

This suspend action can be taken any time after John reaches full retirement age – but he cannot retroactively suspend. Retroactive suspension can be done only at the same time as his first filing, and since he first filed some time ago, his benefits will be suspended beginning the month after he submits the suspension paperwork.  Also, once benefits are suspended, John can at any time (before he refiles his application for benefits at age 70) change his mind and “un-suspend” his benefit, receiving all of the benefits he would have received from the time of his suspension up until he un-suspends. He would then continue receiving the same benefit he was receiving when he suspended.

It’s important to note that while his benefit is suspended, John must pay his Medicare monthly premiums separately. Since he isn’t receiving a SS benefit check, there is no way for this to be deducted. His Medicare premium cannot be deducted from Betsy’s check.

The post Uncoupling File & Suspend appeared first on Getting Your Financial Ducks In A Row.