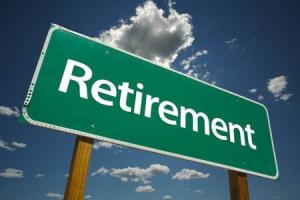 In July of 2014 the IRS issued final regulations regarding the allowance of qualified longevity annuity contracts in employer sponsored plans such as 401ks, 403bs and 457b plans as well as IRAs.

Additionally, the annuitant must start the annuity by no later than the first day of the month following the attainment of age 85. They can however, start earlier.

Purchasing a QLAC from an IRA still requires that no more than $125,000 across all accounts including a 401k, 403b, 457b and IRA accounts can be used to purchase the annuity. However, for the purposes of the 25% rule an IRA owner can purchase up to 25% based on all of the IRA account balances.

An IRA owner can purchase multiple QLACs for their IRAs however those premiums are aggregated when calculating the 25% maximum. Roth IRA and Roth conversions do not allow QLACs.

In order to continue to provide a fixed and predictable income stream for those that select them, QLACs cannot include variable annuity contracts nor equity indexed contracts. The IRS’ reasoning behind this is not only providing a predictable income but also a relatively limited set of “easy-to-understand” options so people can compare between providers. Additionally, the IRS contends that any variability can be attained by simply allocating the non-QLAC money in the account to variable assets. QLACs also cannot have a commutation or surrender value benefit.

Beneficiaries under the plan receive different treatment. If the surviving spouse is the beneficiary he or she is only allowed (other than ROP mentioned above) a life annuity not to exceed 100% of the annuity. Should the surviving spouse be one of multiple beneficiaries, then each beneficiary is treated as having a separate contract as long as there are separate accounts for each beneficiary. RMD requirements are still met as long as certain rules are followed based on two alternative tables provided in the Code.

What the Future Holds

With defined benefit pensions becoming more rare QLACs may offer retirees some guarantees that they would not otherwise get in the retirement plans. Whether a QLAC is right for you will depend on a number of different variables and your situations. More information on QLACs can be found here.

Special thanks to Mike Piper over at Oblivious Investor  and Michael Kitces over at Nerd’s Eye View for their help with some technical aspects of this article.

Post originally appeared as What is a QLAC? on Getting Your Financial Ducks In A Row

The post What is a QLAC? appeared first on Getting Your Financial Ducks In A Row.